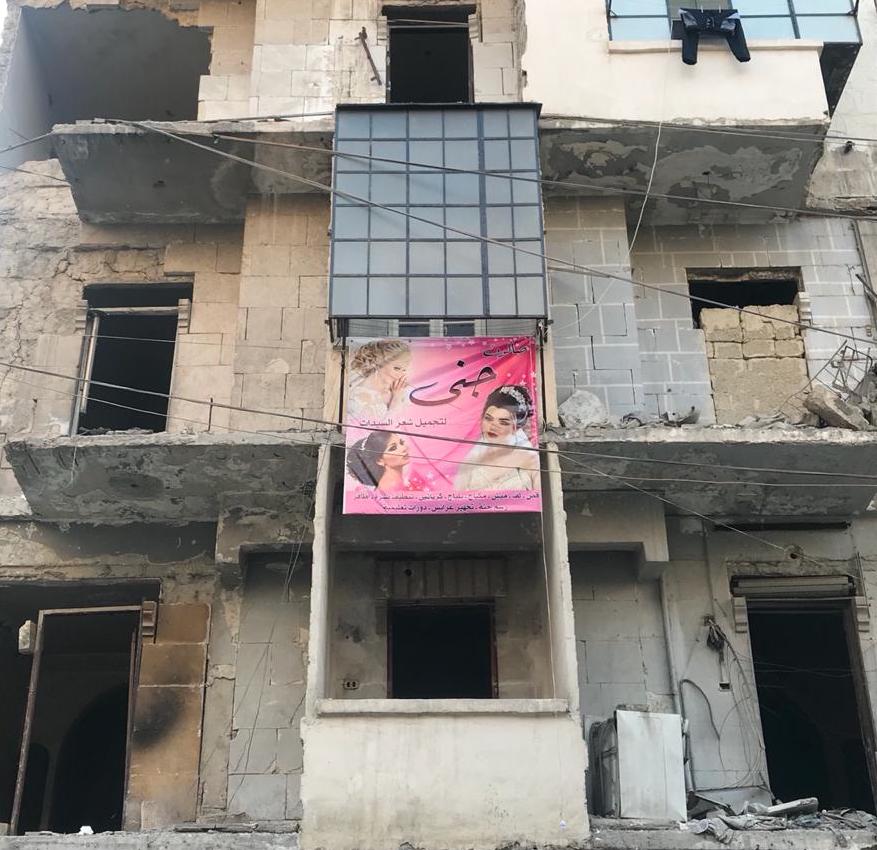 The point of odious return

Even as Syria slides deeper into a state of economic emergency, Western governments and commentators buzz with speculation regarding how best to encourage Syrians to return home. Returns are indeed on the rise—predominantly among internally displaced people, but also among refugees abroad. This trend, however, is anything but hopeful: While some returnees face the mortal threat of regime persecution, all confront the menace of a profound economic crisis. An uptick in returns will reshuffle Syria’s geography of despair in ways that are almost certain to fuel new woes—from continued economic deterioration to fresh rounds of displacement and emigration.
Among internally displaced Syrians, the grinding hardship of life away from home has set off an increasingly palpable stream of returns—including to areas that remain partially destroyed and lack even the most perfunctory services. Many who fled their homes have for years been leasing accommodation in comparatively stable areas such as Damascus, Hama, Latakia, and Tartous, where prices have rocketed due to the influx of newcomers. Syria’s most vulnerable frequently pay exorbitant prices to live in squalid, overcrowded conditions, often at the mercy of landlords who are openly disdainful of their underclass tenants.
Other returnees could not afford to pay rent in the first place and resorted to squatting in conditions even worse than those which awaited them back home. In one illustrative example, a family returned from Latakia—where they took shelter in an unfinished building with no walls or windows—to their home in East Aleppo, of which only the kitchen was standing. More fortunate families managed to live rent-free in vacant homes, with or without the owners’ permission. Increasingly, however, these families face eviction as the original owners trickle back. The outcome is a chain reaction in which returnees—many of whom are themselves impoverished—trigger forced migration.
For these reasons, many displaced individuals are compelled to return as soon as their home areas reach the bare minimum threshold for survival. The suburbs of Damascus are a case in point: This year brought a noticeable surge in people returning to ruined parts of East Ghouta, where many go back to houses or apartments that are badly damaged and lack reliable water or electricity—but which at least provide an affordable roof over their heads.
Emerging patterns of refugee returns mirror those among internally displaced people and usually contradict the premise that repatriation must be safe, voluntary, and dignified. The most visible group of returnees exemplifies the most disturbing trend: outright expulsions from Turkey and Lebanon, which host by far the two largest populations of Syrian refugees.
Alongside escalating deportations, Beirut and Ankara have ratcheted up economic, bureaucratic, and social pressures on refugees. Doing so serves the overlapping goals of venting popular frustrations, extorting money from a powerless constituency, and pushing refugees to return without crossing the threshold of refoulment per se. These imposed returns overwhelmingly affect the most helpless; comparatively well-off refugees have various options, from integrating economically and gaining citizenship in Turkey to paying the extortionary fees required to maintain residency in Lebanon, through to finding pathways to asylum in Europe.
Rather than promoting recovery, these dynamics merely shift the neediest Syrians from one precarious situation to another. Many remain heavily dependent on a combination of remittances and aid. Given the poisonous cocktail of predatory governance, stifling sanctions, gutted labor markets and infrastructure, and the lack of any top-down mechanism for economic revival, there is no reason to expect that Syrians will become self-reliant anytime soon. Meanwhile, inflows to some of the most badly damaged areas of the country will create new problems. Over-burdening decrepit infrastructure has deadly consequences, from collapsing buildings to electrical fires. Returns often split families, adding new ruptures to the country’s tattered social fabric.
In fact, speculation about returns often ignores the fact that many Syrians are continuing to flee. Just as some downtrodden individuals trickle home, others desperately seek to escape. In Deraa, for example, the regime’s 2018 comeback prompted minimal returns while also sparking a boom in the market for human smuggling, as locals scrambled to make it to opposition-held areas around Idlib or abroad. Similarly, even as a few tenacious businesspeople eye opportunities to invest back home, others—disturbed by the country’s continued deterioration—aspire to leave.
In this context, international deliberations around facilitating returns could hardly be more misguided. Regardless of their intentions or practical outcome, such discussions amplify a crescendo of declarations whereby “now is the time for refugees to return.” Similarly, funding aid programs aiming to facilitate returns reinforces the xenophobic narrative a pantheon of actors are now espousing: from the Lebanese and Turkish authorities to the European far-right and Damascus itself. Implementation, in turn, would entail relocating people to areas that are harder for aid organizations to reach.
This by no means implies that returnees do not warrant assistance. On the contrary, they will long represent one of Syria’s neediest populations. The way to support them, however, is not via the politically toxic and logically dubious assumption that returns are the next stage in Syria’s ongoing saga. A far more prudent approach would entail redoubling humanitarian efforts in those parts of the country that have endured the worst suffering—such as Eastern Ghouta, East Aleppo, and rebellious neighborhoods in Homs. Returnees won’t help such areas recover; they must recover first, to welcome returnees.
18 December 2019
This article was penned collectively by Synaps’ Syria team.
Illustration credit: photograph by Synaps / licensed by CC.