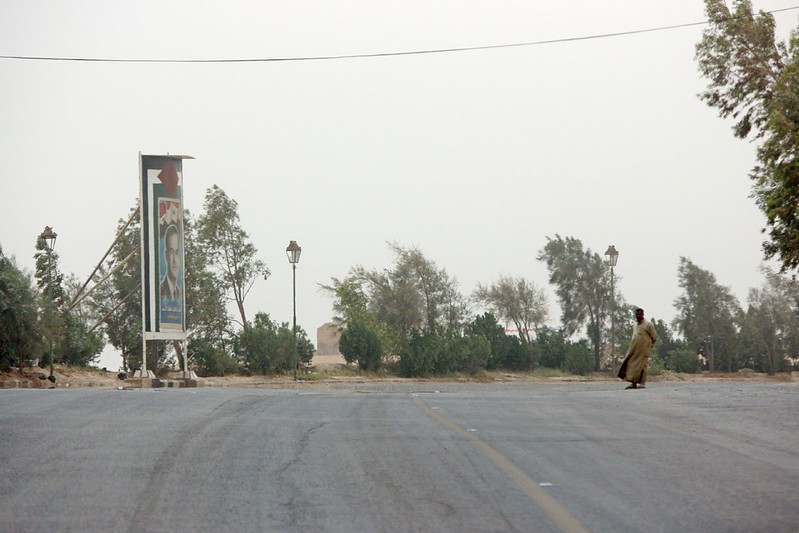 What is left of northeast Syria’s tribes?

The region that is now northeast Syria has for centuries been defined by the dominance of tribal society. Today’s tribal structures, however, have little in common with their ancestors. Syria’s war has supercharged a centuries-old process whereby outside powers have stripped away the tribes’ autonomy, leaving them weaker and more fragmented than ever before. Yet nine years of violent upheaval have also reinforced the importance of tribal affiliations, by uprooting virtually all other social and political structures.
Indeed, state institutions have mostly withdrawn, and with them the Baath party organizations that served vital functions in fields such as agriculture. Their aspiring replacements—from the Free Syrian Army to the Islamic State through to the Kurdish Autonomous Administration—have proved incomplete and ephemeral, subject to the ebb and flow of battle and the whims of foreign powers. In that vacuum, tribal structures have endured as a uniquely durable, albeit much diminished, frame of reference.
Syria’s tribes have transformed fundamentally over the past two centuries. Historically, while Damascus and Aleppo took shape as commercial hubs and centers of urban civilization, the sprawling Badia desert and fertile Jazira region were home to a mix of sedentary, semi-nomadic, and nomadic tribes subsisting on agriculture, livestock, and plunder. These tribes functioned as self-governing social units, assuming roles ranging from self-defense and economic self-sufficiency to dispute settlement and law enforcement.
Beginning in the mid-nineteenth century, however, the Ottoman Empire set out to pacify unruly tribal areas whose raiding practices represented a constant threat to urban centers, trade caravans, and religious pilgrims. Most critically, Constantinople began taxing tribal regions and moved to formally register land, allocating ownership to individual tribal leaders and incorporating them into a system of land tenure. Tribal notables thus became, in effect, Ottoman clients, dependent upon the sultanate for their status as landowners. In exchange for their collaboration, tribes received a measure of autonomy. They were allowed, for example, to continue carrying their own weapons, and were exempted from Ottoman conscription.
Following its takeover in 1970, the regime of Hafez al-Assad developed its own approach to coopting tribal actors, building ties to low-ranking tribal constituencies that had been neglected under Ottoman rule. Damascus recruited these groupings into the bureaucracy, distributed land to ordinary farmers, rewarded cooperative leaders with prestigious posts in government, and doled out perks such as control over lucrative smuggling routes—all the while brutally suppressing any hint of dissent or disloyalty. By the 2000s, more than a century of cooptation and subordination had detached the very concept of a tribe from its historic meaning: Sheikhs whose legitimacy once derived from their intrinsic qualities were increasingly distinguished by their ability to curry favor with an overbearing regime. Any semblance of tribal political autonomy had effectively been hollowed out.

The uprising revealed how dilapidated tribal authority had become

The 2011 uprising revealed just how dilapidated tribal authority had become. As society rallied both in opposition to and in defense of the regime, tribal leaders were forced to either choose sides or remove themselves from the equation. While some placed their bets with the insurgency, others doubled down on their ties to the authorities, sometimes relocating from their hometowns to regime-controlled areas like Damascus or Hama. Others, particularly among elderly tribal figures, opted to protect themselves and their immediate families by leaving Syria altogether and heading to Turkey or the Gulf. Few, however, demonstrated any large-scale ability to organize their clansmen: In one high profile example, Sheikh Nawaf al-Bashir’s 2011 defection to the opposition had no meaningful impact on dynamics among his Baggara tribesmen.
Few leaders went unscathed. Those who relocated abroad or to regime areas faced criticism from constituents who viewed them as abandoning their own in a time of need. Yet those who stayed on the ground likewise suffered: In a region soon brutalized by ISIS and ravaged by American airstrikes, sheikhs proved increasingly unable to provide the bare minimum of protection for their people. For most, survival meant casting their lot with the strongest power at any given moment—sometimes switching sides repeatedly, thus exposing themselves to recrimination as opportunists or mercenaries.
Warring factions accelerated this process of delegitimization through their approach to dealing with tribal figures. ISIS was known to publicly humiliate elders deemed insufficiently cooperative, for example by shaving a sheikh’s mustache in public. In more extreme cases, where tribes openly stood against it, the group responded with spectacular brutality—as in the August 2014 massacre of hundreds of members of the recalcitrant Shaitat tribe in Deir Ezzor. Meanwhile, sheikhs who sided with the Syrian Democratic Forces (SDF) faced criticism for aligning themselves with a Kurdish-dominated American proxy.
Raqqa’s Afadla tribe offers the most vivid illustration of the tribal leaders’ predicament. The tribe’s foremost family, the Huwaidi, is said to have deliberately divided itself to maximize access to and protection from warring parties. While Muhammad Faisal Huwaidi today resides in Damascus as a former member of parliament, his brother Bashir stayed in Raqqa throughout the conflict. The latter gained unusual respect for his ability to deal pragmatically with both ISIS and the SDF—without ever being coopted by them. That relative independence, however, came at a grave cost: Sheikh Bashir was assassinated in late 2018, in an attack that observers have varyingly attributed to ISIS, the SDF, or the regime.
While tribal leaders weighed their options, their constituents mobilized outside of any top-down tribal framework. Particularly in rural areas, young men of tribal background gravitated early on toward the ranks of rebels battling for such cities as Raqqa and Deir Ezzor. Many nursed a certain bitterness as they waged war against an urban power structure that had long neglected and looked down upon them. As a result, tribal fighters earned a reputation for being among the insurgency’s fiercest, most aggressive, and even most abusive combatants. They also proved particularly susceptible to recruitment into the ranks of the most hardline factions, including ISIS. In this respect, the region’s tribal legacy helped fuel the uprising’s militarization.

Tribal affiliations continue to serve purposes that—while trivial compared with their historic significance—remain critical to how ordinary Syrians navigate the harsh, messy realities of Syria today. Some are banal and practical: Although a Damascus-based elder like Muhammad Faisal Huwaidi can do nothing to protect his people from the day-to-day insecurity of life in Raqqa, he can accelerate bureaucratic processes like registering births, deaths, and marriages; facilitate the return of displaced tribesmen to their hometowns; and assist his kin in obtaining information about detainees. Such assistance can be invaluable to relatives grappling with an opaque, corrupt, and dehumanizing state apparatus. Similarly, tribal figures well-connected to the SDF are powerless to shape the region’s overall trajectory, but they also represent the best hope for tribesmen seeking to secure the release of their loved ones from SDF prisons.
Tribal belonging also fulfills more diffuse functions relating to how tribal communities organize themselves absent other forms of authority and social support. In Lebanon’s Bekaa valley, for example, refugee camps are often made up of Syrians from the same tribe who have stuck together in an organic, grassroots form of solidarity that has nothing to do with tribal leadership per se. That solidarity is essential both psychologically and practically, as tribes largely rely on their own customs to manage crises, settle disputes, and provide a baseline of protection to otherwise helpless individuals. When, for example, violent disagreements break out between members of two different tribes, tribal mediation kicks in to limit escalation and adjudicate a settlement. Such functions likewise existed prior to 2011, but become all the more important in the absence of centralized policing and a credible judiciary.
Leadership figures, meanwhile, continue to serve as intermediaries for outside actors—most notably Damascus, Ankara, and the SDF—seeking to exert influence in areas where they lack a natural social base. The SDF, for example, has sought to incorporate tribal figures into its ranks in order to demonstrate buy-in among Arab constituencies; it also relies on such individuals to manage communities’ frustrations at the local level. Damascus, for its part, has turned to tribal notables in a region where non-tribal notables—such as government officials and representatives of Baath party organizations—no longer hold authority. The outreach showed few results, however, illustrating again the limited potential of these elites. In one example, the Turkish invasion and partial withdrawal of American forces in October 2019 triggered unsuccessful attempts by Damascus to convince sheikhs to recruit tribal fighters for a regime-led effort to retake the region.
Today’s tribal structures are largely defined by the breakdown of a social compact that previously bound Damascus, tribal leaders, and tribal constituencies. On one side, a bankrupt regime has little to offer tribal notables, even in areas under its control. At best, the state can grant limited forms of autonomy, basic bureaucratic access, and protection from the worst abuses of its own security apparatus. Tribal leaders, in turn, have little to offer their people beyond the bare minimum required for survival. The resulting arrangement is generally devoid of genuine loyalty or legitimacy, shaped instead by all parties’ desperate quest for self-preservation.
This breakdown reflects the fact that ruling powers—from the Ottoman Empire to the French Mandate to the Assad regime, ISIS, and the SDF—have simultaneously relied on tribal leaders and undermined them: By treating them as agents to be controlled and exploited, these actors stripped tribes of the cohesion and autonomy that once defined them. This tendency to instrumentalize social structures at the cost of destroying them is in fact a key feature of the regime’s approach to managing society. It has long worked to bind religious, ethnic, and geographic communities to itself, in ways that both cement dependence and sow divisions. The regime has long ceased producing any coherent structures of its own, and instead lives off cannibalizing other structures. In the resulting void, even the skeleton of Syria’s tribes provides a raft amid the disintegration of every other source of political and social cohesion.
21 April 2020
This article was penned by a Syrian fellow with Synaps.
It was produced with kind support from the Konrad-Adenauer-Stiftung. 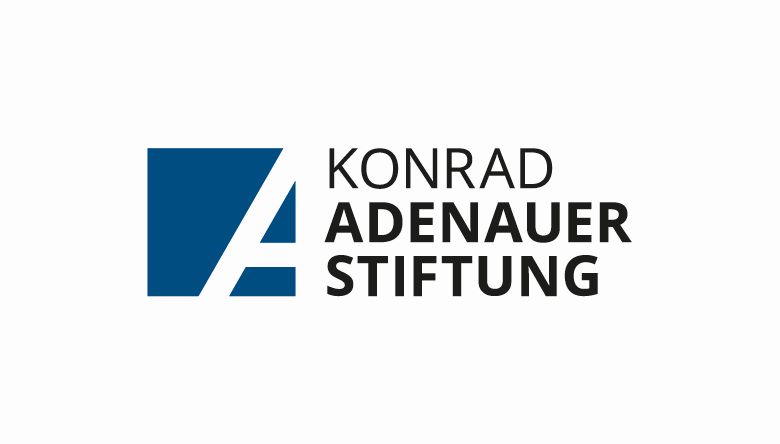 The content of this publication does not necessarily reflect the official opinion of the Konrad-Adenauer-Stiftung.Responsibility for the information and views expressed in this publication lies entirely with the authors.
Illustration credit: Cristian Iohan Stefanescu In a place now called ISIS / licensed by CC attribution 2.0 generic.