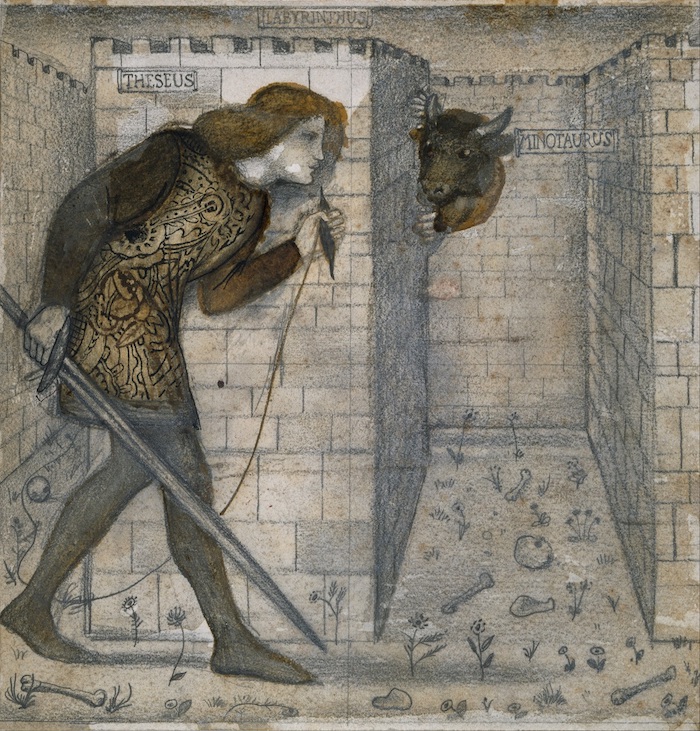 Frankly, if you’re totally comfortable with social media, no need to read this: you’re probably a lost cause already. Social media, however subtle you may be about it, revolves around promoting yourself. If you have no qualms about that, if you’re a natural, you’re beyond salvation.

The various business models behind social media platforms all involve some form of addiction – to news in the form of stimuli, to groupthink, to venting, to emotional reinforcement, or to metrics tallying your “following”. A massive public built on this basis, which both produces and reverberates content, can then be farmed out to advertisers as well as mainstream media, who buy access to their audience by paying Facebook, Twitter, Snapchat and others to highlight their products.

The reason we must play by such rules is that there is no other game in town. Your intellectual output will reach its target audience, whether you like it or not, via social media. If you snub the sport, you’re just piggybacking other people who don’t. They’re your teammates, allies and supporters: don’t let them feel it’s all beneath you.

For good reading, people used to rely on reputable periodicals. These are under stress, as they compete with a growing array of lower caliber competitors. They would go to libraries, LOL. In the early stages of domestic internet, they would check reference blogs, sign up to distribution letters or send personal messages to each other. That was before we spent hours every day trudging through a slough of emails. Now we’re in (let’s hope) a transitional phase, full of inefficiencies: unable to cope with the profusion of publication platforms and published content, we’re cutting back on old-fashioned subscriptions and correspondence, and instead joining multiple social media platforms where we follow far more people than we can keep track of. 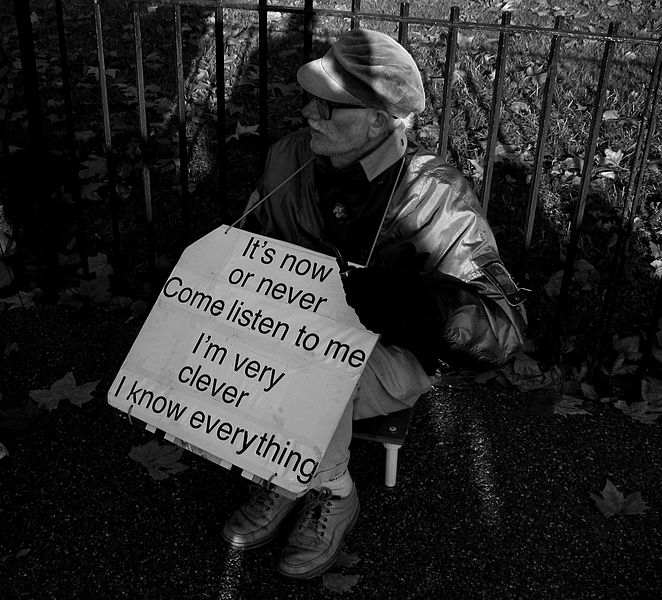 This situation makes for a very difficult public to deal with: if truth be told, we’ve all become overwhelmed, impatient, impulsive, demanding and disloyal. Most of us would snigger at the suggestion that you must sit down and read books, or substantive articles, for as much as two contiguous hours on any given day. How could we ever find time? Why, we already spend two good hours sifting through social media just to assess what on earth we should be reading.

The positive view is that, in this era of cacophony and confusion, everyone is in constant search of guidance; of hubs, aggregators and authorities who provide cues amidst the noise. We are all trying to figure out what to believe, what to block out, and whom to trust in doing so. When you think of it, social media therefore function like a massive, crowdsourced, muddled and endlessly updated compendium of critical reviews. Content is voted up into a niche market, or voted out into oblivion.

Find a style that suits your outlook, personality, and occupation

Our rapport with information and analysis will no doubt continue to evolve, probably dramatically, but for now this is the quagmire we must swim or drown in. To stay afloat, it’s smart not to jump in at the deep end. Watch others while you test the waters. You’ll have no trouble identifying who is doing a slick crawl, making waves extravagantly, or just foundering. There are many different styles, techniques and objectives, which also tend to differ on distinct platforms, and getting acquainted with them takes time. Which is why you should start engaging professionally with social media early on.

Once you’re in the water, there’s no need to get ahead of yourself and do fancy things—but you can’t stay still either. Keep moving, cautiously. It’s about finding out what works best for you, what suits both your professional needs and your personal inclinations. Perhaps the best advice you can use regarding social media is to find a style that suits your outlook, personality and occupation, and from their adapt to see what value that style and substance may add to the broader ecosystem.

Regardless of the quasi-spontaneity that pervades social media, it is nonetheless important to formulate a basic editorial policy and self-impose it ruthlessly. It can and should evolve, but it must be there in the first place, for two essential reasons. On one hand, you must do like Ulysses, who had himself tied up to his ship’s mast to listen to the mermaids without succumbing to their deadly charm. Don’t presume that you are built to resist social media: nobody is, because social media are built to be irresistible.

On the other, you are expected, by people who choose to connect their feelers to your social media avatars, to fulfill a certain role. That can be any number of things: you’re part of the gang; you help relatives keep up with family issues; you’re a recognized expert on some issue of interest; you’re a star and every smallest thing about you is simply fascinating; you’re a politician and you’re made of words; you’re a handy purveyor of feel-good, fake information; or you can be trusted to trigger predictably satisfying emotions of some other kind. For sure, it’s reductive to be pinned down in such fashion. Look at it otherwise: you just have to clarify, for the benefit of others, what you’re contributing to the pandemonium. 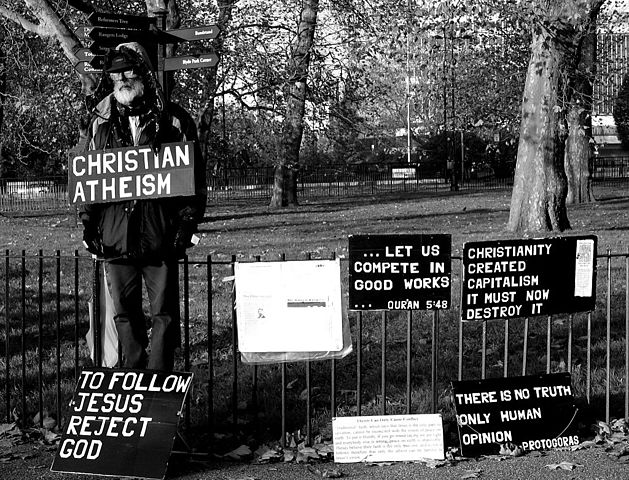 A solid editorial policy is one where you 1) define your value-added, i.e. what exactly you are giving others (beyond the kick you get out of speaking your mind), 2) set boundaries you’re not willing to cross (e.g. telling yourself not to share something you haven’t read, to sleep on your emotional outrage, and not to indulge in pointless squabbling), and 3) leave a little margin of error, experimentation and fun.

Meanwhile, make sure you’re clear about your endgame. If you want a massive following, lots of clicks and likes and shares and stuff, you’ll find better advice for that elsewhere. You even have robots who go get followers for you, and therefore robots who follow robots and end up bound together in timeless conversation in some forlorn burrow of the Internet warren. As you are on this blog, however, it is safe to assume that you are after a more humane and pointed discussion. You face, moreover, the following conundrum: how to push substantive content through the noise while not adding to it.

The trick is to consider social media “friends” as friends, rather than poor sods innocent enough to follow you. Their time deserves to be taken seriously; their comments to be responded to graciously; their gestures of support to be returned. More importantly, however, is the sense of “community,” which tends to be taken for granted. Your output, typically, will circulate through a hard core of people who genuinely follow your work and career, truly believe in you, and know you quite intimately, even from afar. The people who spread your word are people in a real, not virtual relationship with you. This “first circle” is critical to reaching the broader public you may crave. Regardless of its size, it is your true audience; treat it accordingly well.

Building diversity into that core is more than desirable: by maintaining ties to people who aren’t likeminded, you’ll move beyond an echo chamber. Scrolling down your social media feeds must, to some extent, make you cringe; that’s a sign that you’re still in touch with diverse constituencies. It also calls for some moderation of your own input. If you can only be read by people who already share your views, what’s the point of sharing them in the first place? Ideally, you’re better off being the lynchpin connecting several small groupings than the beating heart of a large, uniform crowd. 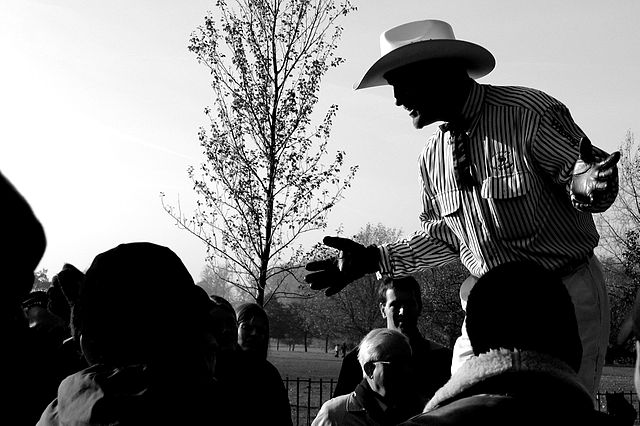 That means accepting that the name of the game is a good conversation, not a monologue that will transfix the masses. Your profile may scale up at some stage, if what you have to offer meets a strongly felt demand—which generally occurs haphazardly, when unforeseen circumstances suddenly place you in the midst of things. Until then, enjoy the luxury of controlled public exposure.

Diving into social media takes guts and a guide. Luckily, you’re full of the former, and for the latter just ask around.

Acquire the skills to reach your audience