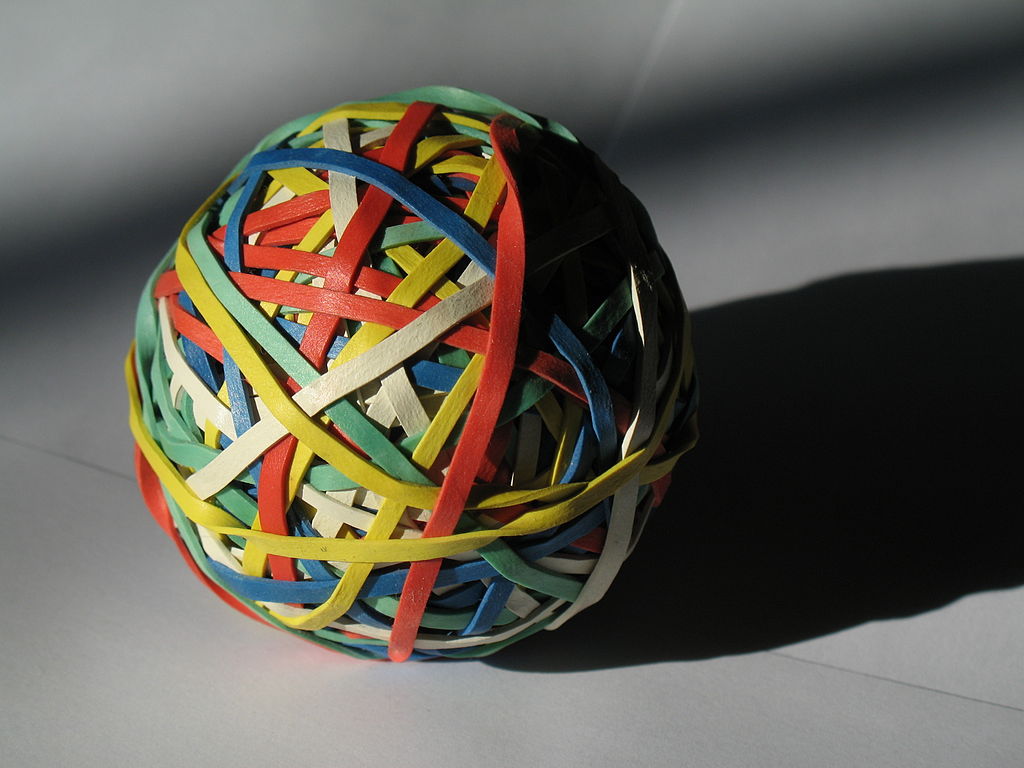 The fabric of Lebanese resilience

Lebanon’s famed “resilience” is a source of pride at home and wonder abroad, as an explanation for the country’s ability to cope in frequent times of crisis. For the most part, however, such discussions remain abstract, invoking factors of stability that are ambiguous at best: a strong banking sector based on an ever-increasing and unsustainable public debt; a survivalist, entrepreneurial spirit through which citizens get by despite a do-nothing political class; and patronage schemes whereby political factions help keep people afloat at the cost of sinking state services. In fact, the true secret of Lebanese resilience lies elsewhere: in small-scale expressions of solidarity that are so pervasive as to be seen, by those involved, as nothing out of the ordinary. In other words, many Lebanese hardly notice those systems on which they depend above all.
As a result, solidarity among Lebanese remains a largely unstudied subject. Academic work has tended to focus on formal charitable activities and top-down redistribution via political, typically sectarian channels. What is missing is arguably the most important piece of the puzzle: the massive, albeit intimate and invisible, forms of support Lebanese extend to each other informally and horizontally, providing the elasticity they need to weather the shocks to which Lebanon is so accustomed.

Another characteristic of these solidarity networks is their tendency to be non-hierarchical. Donors frequently remain anonymous or at least discreet, belying a Lebanese penchant for ostentation. Moreover, givers often go the extra mile to ensure that their donations do not demean recipients—by using the pretext of religious celebrations, resorting to intermediaries, or framing their gesture as a good-deed they could easily, in different circumstances, benefit from themselves. “It is important not to offend those we try to help,” stressed a member of an Islamic charity. “Our clothes bank, for example, is open to anyone. Clothes are on shelves and those who want something choose for themselves, like in a real shop.”
Relatedly, it is striking to note how often Lebanese lend a hand not just to those less fortunate than themselves, but to people whose living conditions and hardships they share. Solidarity largely revolves around life’s common challenges, such as the passing of a family’s breadwinner, a costly life-saving surgery, or a handicapped child. Merrier occasions can qualify too. A social worker gave the example of a relatively poor village in the Bekaa, where “instead of buying the bride and groom presents for their wedding, everyone contributes to a collective fund to help the family organize the celebration.” Givers and receivers easily behave as if their positions were interchangeable, which alleviates potential awkwardness in a status-conscious society.
Of course, solidarity is not exclusively horizontal, restricted to people of comparable means. Notably, it permeates the traditional partition between the poor and the middle-class—due in large part to forced proximity. Real estate prices have pushed middle-income families into popular, peripheral neighborhoods, while the country’s failing economy has eroded the living conditions of the vast majority of Lebanese. Nonetheless, an organization like the Lebanese Food Bank mostly relies on in-kind donations from regular Lebanese, collected in supermarkets. One of its board members grumbled about how difficult it was, comparatively, to fundraise among the elites.
Such organic, more or less horizontal mechanisms of support represent a striking and indispensable contrast with more institutionalized, top-down channels of redistribution. The latter tend, by and large, to contradict the very notion of solidarity, rooted as they are in highly unequal patron-client relationships. While various billionaire businessmen turned politicians—Saad Hariri, Najib Mikati or Mohammad Safadi, to name but a few—have set up foundations to deliver charitable services, these serve above all as a conduit for political patronage. Ironically, they also channel money that is not always their own. A scholar maintained that “these institutions have become very good at fundraising abroad, enabling their founders to contribute little themselves.” Political factions such as Hizbollah operate in much the same fashion, providing jobs and other benefits, but in a transactional exchange where loyalty is demanded in return.
Many Lebanese thus draw a careful distinction between genuine solidarity and service provision, the latter having been largely tainted in the Lebanese context. A volunteer for the Lebanese Red Cross recounted: “Once we took a man to the hospital. His brother wanted to give us money. So, I told him: ‘Keep your money, and, if you feel like it, once you go back home, donate to your local Red Cross.’ To me it’s important people know they can rely on us no matter what.” Conversely, in the absence of satisfactory forms of state-driven redistribution of wealth, many Lebanese perceive the top-down political support as their fair share of the national economic resources upon which the elite prey. A Christian resident of the Ashrafiyeh neighborhood summed up this state of mind: “At Christmas I receive 150 dollars worth of goods, handed out by a local politician, in a food parcel. I don’t need it, but why shouldn’t I make the most of it? That’s a free lunch that lasts the whole month.”
A distinct but related phenomenon revolves around elitist conceptions of charity which, while not so calculated and transactional as partisan service provision, are nonetheless too detached and condescending to be considered solidarity per se. A wealthy Lebanese lamented: “I am part of this network of rich Armenian women who aspire to help poor children. Last time, they collected money to take them to the theme park ‘KidzMondo’… Seriously? These kids don’t have shoes for winter and you take them on a two-hour tour of what they will never get in life?” Privileged Lebanese frequently attend and champion high-profile charitable events, many of which are designed as places to be seen as generous, with little concern for how much ultimately trickles down. Meanwhile, skyrocketing inequality has seen the elites take off, concentrating an ever larger share of wealth in a bubble far removed from the daily struggles of ordinary people.
More than domestic elites, elements of the diaspora have shown a capacity to feed into the low-key, grassroots ethos described above. The Ghazal Foundation, for example, provides half a dozen annual scholarships to support students at Saint Joseph University. LIFE, for its part, connects financial executives abroad with young talent back home. An American association of Lebanese women in Miami raises money every year to help fund public schools. The list goes on, suggesting that successful expatriates may be better suited to providing genuine support than elites with a more direct stake in the country’s mostly predatory political economy.

Solidarity networks provide an indispensable form of flexibility in a country where wealth is concentrated at the top, and where neither the national social security system nor taxation produce any meaningful correction through redistribution. The national social security fund (NSSF) offers a particularly counterintuitive and poignant illustration of the lack of genuine redistribution mechanisms, functioning solely as an individual bank account: employees enjoy the benefit of their pension scheme and medical coverage only to the extent that they contribute to the fund, thus eliminating any form of solidarity across generations or between the work force and the unemployed.
All told, at the national level, circulation of wealth from the rich to the poor is mostly anecdotal. The widespread understanding that Lebanese must depend on themselves, rather than expect help or change to come from above, is in part a consequence of Lebanon’s extremely rigid social stratification: mobility is so restricted that many youth feel compelled to try their luck abroad. The only alternative consists in pooling resources within ad hoc “communities of solidarity,” to recreate some level of economic elasticity.
Resilience, rather than some magical Lebanese attribute, therefore amounts to myriad, down-to-earth tactics deployed by Lebanese to make ends meet and pull through adverse circumstances. In 2016, an Oxfam study revealed, for instance, how local shops customarily keep tabs for their customers, who settle them on receipt of their salary. Such loans, usually interest free, are part of the plethora of mostly invisible means offering additional breathing space to families in need.
Through such contraptions, Lebanon manages to keep up the appearances of sporting a vibrant middle-class; look closer though, and you will see a collection of individuals running several jobs, chasing lines of credit, cutting back on essential expenses such as personal insurances, and relentlessly relying on improvised social safety nets. Only at the macro level does Lebanon appear to be a middle-income country.
That the middle-class is squeezed to breaking point is not a new idea. Arguably, this has been the case for decades. Yet it is being tested evermore. While the economy is stagnating at best, politicians are cutting back on state spending. Even patronage is shrinking, as the country’s factions find themselves running out of cash. “A decade ago, Hariri would cover your entire medical bill,” said an academic working on the city of Tripoli. “Today political patrons themselves face shortages of funding. What they can do is match-funding: ‘I pay half if you raise half.’ Local solidarity is filling the gap.”
* * *
Lebanon, in many ways, is a society built on extreme contradictions. True to form, it would seem that Lebanese can just as often be generous, sensitive, empathetic, humble and egalitarian in their social interactions as they can be self-centered, flamboyant, prejudiced and competitive. The political system is essentially built on the latter, with each faction playing on the insecurity of its base, at the expense of any nationwide interest.
What grassroots solidarity mechanisms tell us, however, is that with such distortion comes a counterweight—namely society’s ability to organize itself, to a surprising extent, according to the exact opposite values. As such, what holds the country together isn’t the fragile truce that unites the country’s aging warlords-turned-politicians, but how much Lebanese hold on to each other, one family, circle of friends or neighborhood at a time.