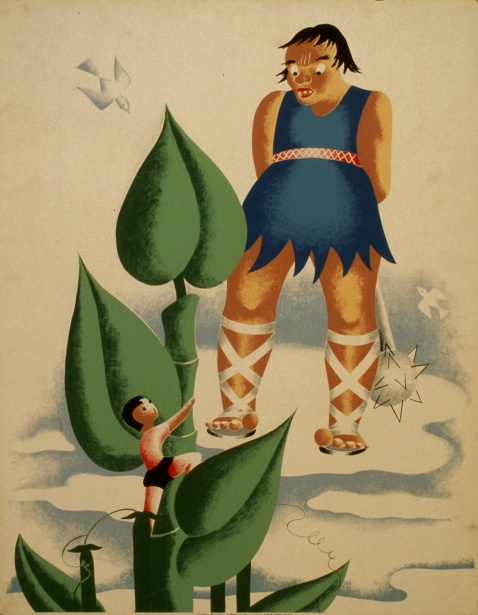 Lebanon’s financial sector, a mainstay of the country’s economic stability, is critically exposing itself to an unnecessary risk of its own making. Indeed Lebanese bankers, who take pride in having shunned the speculative investments that caused the global financial meltdown less than a decade ago, are now embracing the exact same practices.
The financial crisis of 2008 started with the US mortgage crisis the year before. The collapse of the housing bubble in 2007 forced over-indebted American households to default on a large scale. It triggered a sharp decline in the value of real estate-related financial products, such as mortgage-backed securities—namely investments in the anticipated interests generated by a bundle of mortgages. The crash resulted from a massive bulge in toxic loans made to households that could not seriously be expected to repay, but whose mortgages could nonetheless be profitably sold off packaged into financial products. Eventually, the crisis spilled into the rest of the economy, as owners abandoned their homes, banks incurred massive losses and lending froze up, leading by contagion to the global 2008 recession.
Lebanon was mostly spared, not least because local banks had not been caught up in the securities frenzy. The banking sector even benefited from the 2008 crisis: non-resident deposits increased by 23% that year, as local banks appeared more reliable than many foreign ones. It defies logic, therefore, that these same banks would now wager on a home-grown toxic loans bazaar, with potentially disastrous consequences for the local real estate sector and broader economy.

Lebanon’s facades are covered with a previously unseen sign reading “for sale OR for rent.” Owners used to want one or the other. Now, the need for cash seems so imperative as to warrant either.

For several years, Lebanon’s real estate market has been under stress. Demand dropped as wealthy clients–notably Gulf investors and diaspora Lebanese—became scarce. Their purchasing power decreased with falling oil prices and slowing economies worldwide; meanwhile, Lebanon grew less attractive for foreigners. “If you are a Gulf citizen today, you can buy estates in Marbella or Cyprus, go there without a visa and eventually apply for residency or even a passport,” explains a Lebanese investor who himself jumped on the deal. “For the same price here, you can get one apartment, almost impossible to rent, and that won’t get you any additional benefit.” Yet prices remain inexplicably high. “Today in fancy downtown Beirut, you pay $7,000 per square meter,” estimates a Lebanese broker, quick to challenge what he sees as an outrageous claim. “That’s the price in a European capital!”
Lebanon’s real estate market could and should have adjusted to correct the mismatch between supply and demand. Instead, the sector focused on maintaining high prices. Among other things, it artificially ramped up demand, by tapping into an under-exploited pool of buyers: low-income if not insolvent households. Such households are usually not granted a loan at all, given the higher risk of default. Worse still, they are given “toxic loans,” defined by the absence of an initial down payment designed to exclude borrowers with no savings to speak of—an obvious liability.
Regulations circulated by the central bank, or Banque du Liban (hereafter BdL), require banks to verify that a down payment of at least 25% of the total value of the estate has been made. This guarantees, as a matter of principle, that the borrower is in a reasonably sound economic situation and has a vested interest, having committed money of his own, in repaying the loan. 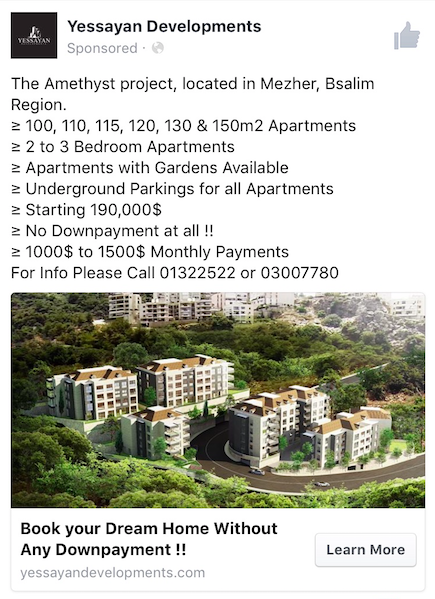 To bypass such regulations, borrowers have increasingly been given access to “under-cover” toxic loans. “Someone wants to buy an apartment worth $75,000. He just loves it, but has no money for the down payment,” explains the jaded real estate broker. “He can make arrangements with the seller to get a paper certifying that he made a $25,000 down payment on a $100,000 apartment. The bank can then legally lend $75,000, which is actually the whole sum.” Bankers, who are fully aware of going rates on the market and could therefore easily detect overvalued goods, usually turn a blind eye to such practices.
Toxic loans are not new in Lebanon, but what is worrying is the growth and normalization of such deals. Stakeholders provide anecdotal evidence of this increase; more telling still, developers now publicize such practices in plain daylight, as in this ad on Facebook.
Toxic loans carry many risks, which financial and real-estate operatives, not to mention BdL regulators, can hardly ignore since the 2007 meltdown. Lebanon is vulnerable more specifically to two liabilities: the over-evaluation of bank portfolios and the contagious nature of household mortgage defaults.
On one hand, the housing bubble means that bank assets likely are themselves significantly overvalued.  In Lebanon, according to the International Monetary Fund, 90% of all loans made by the financial sector are directly or indirectly connected to real estate—through mortgages, loans to developers or the routine use of real estate as collateral. In numerical terms, the banks’ balance sheets contain approximately $50 billion in assets, which could actually be worth $35 billion if market prices were, as some actors suggest would be more realistic, 30% lower than their current valuation. In this context, toxic loans exert nefarious, negative leverage: if a bank lends $75,000 for an apartment officially priced $100,000 and unofficially valued $60,000, its asset goes down in its balance sheet at a rate of 66% over its real value.

Were banks to acknowledge the reality of a declining market, they would be compelled to recapitalise, to respect international regulations on the ratio between capital and liabilities. This explains why financial players are keen to prop up prices at all costs, through mostly artificial measures. BdL’s circular 135 of 2015 allows banks to sit on properties they acquired as collateral for up to 20 years, when previously they were forced to put them back on the market within 24 months. In today’s stagnant environment, this scheme helps curtail supply while banks and developers struggle to reenergize demand. In particular, toxic loans serve to expand the market’s natural base of buyers to people who should not be investing in the first place while doing nothing to improve their actual economic situation: housing has not become more affordable, struggling households have simply grown more indebted.
Meanwhile, sellers collectively keep up the pretence of high prices, while adjusting covertly to downward pressures. The real estate broker referenced above points out that most owners are willing to offer significant discounts prior to any negotiation. In the absence of systematic data collection, current guesstimates put actual selling prices at 20 to 30% lower than public offerings. The website ‘Real Estate in Lebanon’ regularly displays evidence of spectacular mark-downs, packaged as exceptional deals that somehow do not affect the market’s official overall pricing.

Real estate in Lebanon’s website and Facebook page offer regular updates on prices. A go-to place to get a realistic sense of the market.

On the other hand, toxic loans are almost designed to cause snowballing mortgage defaults and a consequent crash of the market. They concern lower income buyers, at greater risk of default, which in turn means that banks will acquire more property as collateral. Having lent large amounts of money generating fewer repayments, banks will inevitably sell more property to make up for their losses. And as supply increases, prices at some point inescapably will go down. This is what triggers a chain reaction among toxic loan holders: the person who borrowed $75,000 with no down-payment has no incentives to repay the sum in full, with interest, if the apartment’s actual value drops sharply, especially if he or she is still in the early stages of agreed instalments; best forsake the $5,000 or $10,000 already paid to the bank than continue to struggle for years to acquire a good suddenly made absurdly expensive by the market’s new pricing. A downturn affects solvent buyers too, following the same calculus. Depending on how far along they are in repayments, buyers may be tempted to default on a loan and abandon the related property, if only to get a better deal in a deflated environment.
The irony with toxic loans is that they make market adjustments infinitely more difficult: as housing becomes affordable, reflecting the economic reality of the lower rungs of society, the potential customers that could make their entry into the market, push up demand and stabilise prices, happen to be those who were conned into buying above their means, and are left broke and traumatized. This hollow bottom pulls the entire market further down, increasingly the likelihood of a crash where mere correction was needed.
Lebanon’s looming real estate crisis has been evident to the more discerning players for at least three years—a realization made palpable by their intense efforts to patch things up rather than tackle them head on. This attitude will almost inevitably backfire. Cynically, smart Lebanese investors make no secret of their intensions to bet against the market, by withholding any purchases until prices collapse. Of course, such actors have much to gain from a crash, which makes for profitable opportunities to buy, even at the cost of bank failures, a generalised economic slowdown and, of course, large-scale foreclosures durably impairing the most vulnerable Lebanese.