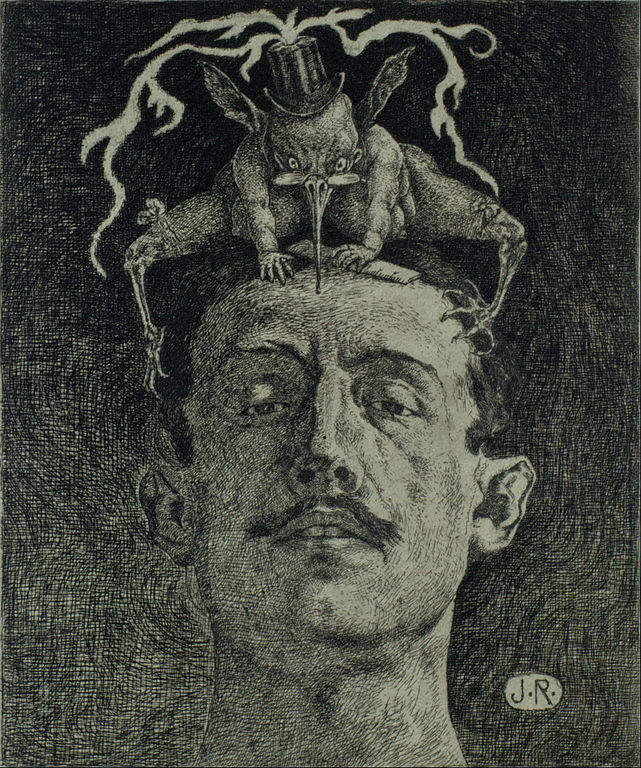 Making it to the top doesn’t say much about what to do once you’re up there. Breathe pure oxygen and plant a flag? Indeed, the process of achieving a position of leadership tends to obscure the purpose of being in that role: people head an organization because they founded or inherited it, campaigned brilliantly in a competitive selection process, imposed themselves cunningly, or simply came of age with the required qualifications. The problem is that what makes you good at climbing into that seat doesn’t necessarily translate into effective exercise of that privilege.

Many thriving leaders end up offering little mantras for their distinctive system: Sleep much, read lots of books, work hard and play hard. Succeed by saying no to everything that doesn’t spark a “hell, yeah!” Or, to take an example from the tech world, always dress in the same way, to preserve your decision-making powers for bigger things. There is an almost infinite number of (surprisingly serious) articles unveiling this secret of Steve Jobs’ efficacy.

Such formulas don’t help much, because good leadership is anything but formulaic: on the contrary, it is much like walking a tightrope, demanding careful and constant balancing among a set of competing imperatives.

Be the busiest and most available.

The first paradox of leadership resides in seemingly impossible time management. On one side, you must work more than anyone else within the organization, not just to meet your responsibilities and deserve your prerogatives, but to lead by example: you can only ask of others as much commitment as you display yourself. On the other, you must remain the most available person, if you don’t want to become a bottleneck holding back the collective workflow; an unapproachable boss losing touch with staff; a shortsighted director failing to detect problems; or merely a nervous wreck. Virtually all the essential virtues of leadership—vision, decisiveness, imagination, empathy—require an intellectual clarity that disappears when you allow yourself to become overwhelmed.

Productivity tools and assistants are at best part of the solution, and at worst a guarantee that your days get jam-packed to the point where you have no time to think. Instead of trying to get more things done in less time, a better starting-point can be summed up as “purposefulness”: never do anything unless you are convinced it is useful. Proscribe meetings devoid of agenda. Skip conferences that serve no identified purpose. Ignore email and other exchanges—including from colleagues—that do not plainly require your intervention. And replace chitchat with meaningful moments to connect on a personal level.

A large part of being available consists, ironically, in batting back everyone and everything that comes at you without good reason. Having done so, you must devote your undivided attention to the person approaching you or the issue at hand. In a leadership position, our focus is constantly shifting, inevitably, but it should always be intense.

Do most by enabling others.

Another paradox of leadership is that, as a rule, it is the least overtly productive position within the organization: the actual work that leaves traces to justify revenues usually happens much lower down the food chain. A good boss is one that gets the best out of others—an overseer of collective productivity. Quite obviously, protecting one’s availability is key to understanding what part of the overall workflow requires involvement at any point in time, but there are other qualities that must come into play.

First is good listening. You’ll only be able to support staff if you genuinely understand their activities, perspectives and impediments. Misunderstandings and inhibitions being at the heart of many professional malfunctions, strong communication is indispensable.

Second comes problem-solving. Leadership consists not in doing things oneself, but in lifting any obstacles preventing others from getting the work done themselves.

Consequently, the third quality boils down to equipping staff with everything they need to fulfill their functions. The list includes self-confidence, a clear sense of direction, well-defined tasks and expectations, constructive criticism, productivity tools, deadlines and so on—which is why delegating is a time-consuming investment. In a sense, the boss is there to kit staff out adequately and send them packing. In so doing, we put them on a productive loop where they can manage on their own, until new problems arise that bring them back to us for guidance, decisions, or the occasional admonishment.

Give the trust you must earn.

The question of trust brings up yet another paradox in connection to leadership. Contrary to what hierarchy would suggest, the higher you find yourself within a team, the more you must trust your subordinates, and the less they owe it back to you. Any inclination to doubt your staff will bring the worst out of them, creating a paranoid and confrontational relationship. By the same token, any assumption that they will follow you unquestioningly based on your position of authority will only increase their skepticism or suspicion. We build faith in our managers based on evidence that they deserve it.

In this unequal arrangement, trusting staff means much more than keeping a benevolent eye on their performance until we have good cause to fault them. It entails giving them responsibilities slightly beyond their abilities, and providing them with just enough autonomy to make mistakes you won’t scold them for. We learn by facing and overcoming problems. Thus, leadership must make space for others to fail in ways that contribute to a collective sense of empowerment and progress. By encouraging staff to build confidence in themselves, you will best earn their trust in you—a faith that can survive errors of your own.

Leaders, almost by definition, bask in the wrong kind of feedback: distinctive perks; unmissable signs of status; a sense of belonging to a club of successful individuals; and a professional surrounding of so-called “subordinates,” who rarely take the risk of voicing strong criticism—especially when it is due and much is at stake. Moreover, many senior executives unwittingly reinforce their isolation by coopting likeminded-collaborators as their closest advisers, and socializing primarily among “peers.” You’d be surprised how difficult it is for some of them to have a candid interaction with someone supposedly below their rank.

This and other factors create the solitude of leadership, a state where it is virtually impossible to have meaningful discussions about the bigger problems you face. Conversations among “equals” tend to be competitive, devolving into bragging and one-upmanship. And with staff, it is misplaced to doubt or commiserate oneself.

A number of techniques exist to overcome such seclusion. Leaders rely on mentors or therapists, or lean heavily on supportive partners at home. They take flak from their board members, who rarely know much about what is going on within the organization. They put up anonymous complaint systems. Best practices include bringing in third parties to interview staff and evaluate their boss’ performance. The truth is that, although an organization usually contains all the thoughtful feedback its leader would need, it remains buried there, unable to surface. This dynamic only gets worse in periods of crisis, when people hunker down, blame each other, position themselves to gain an advantage, or go berserk. That’s not feedback: it’s breakdown.

The only way to encourage usable criticism of leadership is to gradually build it into an institution’s professional culture, by repeating subtle encouragements: communicating your own goals and the expectations you should meet; openly rewarding dissenting views and ideas; soliciting staff input on substantive decisions; pushing them to design their own leadership assessment mechanism; and routinely admitting mistakes and failures, especially when they have obvious collective consequences.

Raise your level of incompetence.

The Peter Principle is a classic management book that establishes, rigorously and with refreshing humor, that high-performing individuals are condemned to be promoted up to the point where they get overwhelmed—a “level of incompetence” at which they then hover. Indeed, excelling at writing analysis doesn’t necessarily make one a proficient editor, team manager, or chief executive officer; yet outperformers tend to be promoted nonetheless, from the position they’re good at, to one they’re not made for. Good leaders must thus understand that what made them succeed previously may be largely irrelevant to their new responsibilities.

Your own aura comes from helping others shine

Leadership, therefore, is not the pinnacle of a learning curve, but the point where it gets steeper. To raise your ceiling of incompetence, you must lower yourself to recognizing everything that you don’t know; admitting to being a beginner in some fields; and using “lower-ranking” staff as tutors, to grasp all functions within the organization. Oddly enough, books “For Dummies” are particularly suited “for leaders” too!

A related and similarly essential attribute of good leadership is the willingness to fail—which arguably supersedes the much-vaunted drive to succeed. Any form of entrepreneurial spirit draws on a certain talent in making survivable mistakes—the kind you learn from rather than sink in. A leader’s competence grows via such trial and error, which also clarifies the organization’s abilities, shortcomings and potential.

Finally, it is essential to dispel the false association between leadership and authority. Being in a leadership position does not, by any means, guarantee authority—other than in the formal sense of obeying orders within a chain of command. But leadership is less about getting people to fall into line for fear of personal consequences, than convincing them to wholeheartedly support a collective endeavor. Authority, in that definition, is not an attribute, but a form of currency you earn and spend. Trying to establish authority through bossiness is a bit like giving money away to look rich; soon there will be little left of it.

To gain authority, you must be generous in supporting others and restrained in criticizing them. Your competence will stand out the more you enhance and highlight that of your colleagues; your own aura comes from helping them shine. Pointing out problems will produce the best results if you claim your share of responsibility and take the lead in formulating concrete, actionable solutions. Criticism will go down well if well-informed and empathetic, while being equally firm, pointed and succinct. Suddenly opening a whole list of grievances, or expressing frustration in general terms, only brings out defensiveness and creates confusion. Of course, criticism is at its most effective when balanced out, at other moments, with well-deserved praise, which should be equally sensitive and specific. That means actively looking out for opportunities to reinforce staff more often than fault them.

The one, seven or thirteen tricks you’ll see touted as the secrets to successful leadership are a hoax. To be entirely honest, that would include this list too. The same people, with their same mantras, have done great in one top position and terrible in the next. Successive CEOs have presided over the same upward or downward trends in the company they took over, despite sporting perfectly contrasting management styles. And wise seniors have carefully groomed their young replacements to disastrous effects.

That said, leadership certainly demands, more than any other function, decisive action with constant introspection. That is why it is useful to take time to write out some lessons-learned—less a map to be followed than a set of lighthouses, to spare you leadership-wreck and guide you in good and bad weather.