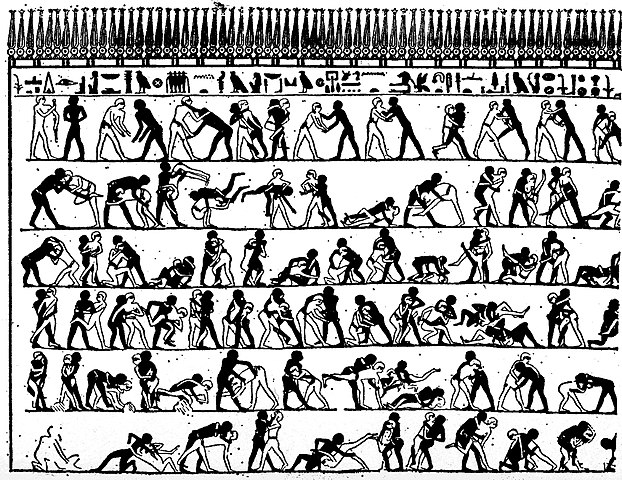 The Arab uprisings, for all the ensuing violence, have left a legacy of bold and creative media ventures. Without them, the Middle East’s public space would be shaped in the image of failed regimes, whose answer to growing socioeconomic needs is mostly limited to repression and propaganda. In Egypt, the independent digital daily Mada Masr is fighting hard to protect what is left of freedom of expression. Founded in June 2013, in the crucible of massive demonstrations leading to a military takeover, the platform is officially banned in the country. Its staff, however, operate out of Cairo, pushing the limits wherever possible.

Lina Attalah, one of its co-founders and its current editor-in-chief, is as relentless a journalist as any in the field. She describes, with her characteristic intensity, how Mada Masr preserves its unique ability to produce a steady flow of quality reporting even within a stifling environment.

How exactly does Mada Masr go about setting itself apart, and what are the aspects of journalism you are keen, as a team, to reinvent?

As an independent outlet with limited resources, I think that what’s special about our output is that we keep gathering news and investigating tips until we have a verified story to expose. We focus less on analysis, of which there is plenty in the Arab world, because we believe that there isn’t enough empiric work out there. Our responsibility is to remedy that. We even like to borrow some research techniques from academia, as the firewall between disciplines makes no sense. Once I told a journalist that I would hire a researcher to sift through a large case file about a significant political assassination in Egypt. I assumed that the journalist would be put off by 5,000 pages of judicial jargon, read the research and write a story based on it. But he told me: “Well, if journalists are stripped of their research hat, what’s left of their mission?” He ended up diving into the case file himself.

There isn’t enough empiric work out there

At the same time, we try to invest in strong writing, through rigorous editing. In general, we care about all forms of delivery, be they textual or audiovisual. And while we may be traditional in our newsgathering and storytelling methods, we experiment with form. We don’t just emulate anything that worked for others. The idea is to develop our own style in touching and engaging our audiences. That is a beautiful challenge.

In what ways has the public been changing in recent years, and what lessons have you learned about engaging your audience?

First and foremost, I must say that we are capitalizing on an audience that built an appetite for good, independent media content in the late 1990s, when the Mubarak regime loosened controls over the media ecosystem, as part of broader liberalization measures. Several private TV channels and newspapers were launched, delving into a diversity of previously unreported topics: human rights violations, economic issues, life outside of Cairo, etc. Dailies would set the agenda in the morning, and the issues they brought to the public sphere would be discussed in TV talk shows in the evening. The media was eminently political back then. Today, we are witnessing the passing of that category of political media. But the audience is not dead, and this is what we are trying to capture.

At first, our public mainly comprised people who shared our opinion. We are getting past that stage and that is important for us. Our audience and its growth are a weapon. It’s also too easy to remain in the comfort zone of the margins, preaching to the converted. To be political, we must care about impact and find ways of reaching different audiences, which has entailed constantly changing skins and tactics.

For example, we may combine serious goals with a fun approach. One day, our main cartoonist came up with a vision for a web-series. His alter ego would give weekly advice to the dark-skinned Egyptian citizen, about an issue of public concern. The show, called Akh Kebir, or Big Brother, essentially mocked the authorities, who patronize people like that. It became a hit in Egypt and the Arab world. The least politicized people around me—and I still know a few!—were watching and repeating lines that have become Internet memes. It was impressive. Sadly, though, Big Brother had to go, facing threats from a Bigger Brother still. We posted a notice saying that he would go offline in coming weeks due to bad weather conditions. We hope the weather will get better.

How do you navigate the shrinking space for free expression in Egypt, and do you feel that Western financial and moral support really helps in promoting Arab journalism?

I always say that one of the things I struggle with the most is the unpredictability of today’s authoritarianism. Under Mubarak, there was a more or less clear space for us to operate in, and we knew what kind of risks we were getting into every time we ventured out of those margins. Now it feels like any act is punishable no matter how trivial. A banal joke can land you in jail for years, just as the most elaborate, damning investigation could. The new laws dealing with media and cybercrime, among other legislation, are mostly punitive instruments, as opposed to tools designed to regulate the media or the internet. What is hard to believe is that there is no space at all, even on the margins. I mean, can any system—no matter how hegemonic—really function without a margin?

We must find ways of reaching different audiences

We have internalized the premise that we can be gone tomorrow. We aren’t obsessed about surviving, but nor are we suicidal. We make political calls all the times, on how and when to publish critical content. But we won’t give in to fear and shy away from publishing altogether.

We like to believe that our international audience, especially policy-makers, civil society activists and academics concerned with Egypt and the region, are always ready to extend their support. But we are realists—not the subdued type, though! We understand that this is not a moment when international pressure is going to do much, by way of promoting independent media. There was a time for such hopes, but it’s gone. We enjoy the feeling that we are part of a broader, transnational community that empowers us. But we know that it cannot save us.

Why does Synaps publish?