This policy covers inappropriate behavior and harassment, including personal threats and sexual harassment.
Definitions
Inappropriate behavior describes any language or action that is reasonably understood as demeaning or offensive to another individual or group. Such behavior, which may not be intentionally offensive, should be addressed firstly as a failure in communication. When inappropriate behavior is repeated, in spite of attempts to explain why it is offensive, it qualifies as harassment.
Harassment describes forms of verbal or physical interaction that make the workplace hostile for the person on the receiving end. Harassment covers personal threats, such as: verbal abuse; bullying; intimidation; sustained discrimination on the basis of someone’s identity (e.g. gender, sexuality, ethnicity, or religion); and implied or explicit threats of violence. Such interactions may take place among colleagues, or between staff and external parties. They should systematically be reported, regardless of whether they are explicit, tangible, repeated, or physical in nature.
Sexual harassment specifically covers: sexual assault; requests for sexual favors; unwelcome sexual advances; deliberate and inappropriate touching; sending or displaying obscene messages or objects; stalking, in the sense of showing someone obsessive attention; offensive remarks about a person’s sex or sexual preferences; and other offensive behaviors of a sexual nature.
A sexual harasser, and their victim, may be of any gender or sex. A perpetrator may be the victim’s manager, a member of their team, a colleague working in another part of the organization, or someone who is not an employee, such as a client or service provider. Likewise, the victim may be a manager, colleague, consultant, or someone outside the organization.
As staff, you are urged to discuss or report any such behavior, per the following mechanisms, to maintain a sound work environment for all.
Handling inappropriate behavior
Certain forms of inappropriate behavior, such as teasing and offhand or misjudged comments, may be isolated incidents. They should be discussed with the offender, to ensure that they understand why their behavior was indeed inappropriate, and thus prevent it from happening again.
For a victim or witness of inappropriate behavior, there are several ways of initiating that discussion: in writing or in person, in private or in public, formally or informally. This depends on what approach you feel most comfortable with. If the offender proves unresponsive, you may propose to involve another colleague, such as the person in charge of human resources, as a neutral third party.
If you feel that, despite your best efforts, no common ground could be found, you may report the inappropriate behavior, as well as the ensuing conversations, to your managers. When doing so, you may or may not keep the offender’s identity anonymous, depending on what you believe will be the most effective approach to solve the problem.
If the offender is not an employee, and especially if you do not feel that you can discuss such problems with the offender directly, report the incident to your managers immediately. Your managers will propose measures to reduce the chances of a repeat incident.
If inappropriate behavior is repeated and offensive enough to create a hostile work environment for one or several employees, it qualifies as harassment, and should be dealt with according to the procedure described below.
Reporting personal threats and sexual harassment
Whether you are a victim or a witness, you should always report cases of harassment. Claims that cannot be proven one way or another will cause no damage or prejudice to the person making them.
You may raise such cases, in person or in writing, with your director, your manager, or the person in charge of human relations, depending on whom you feel most comfortable speaking to.
If you are the person receiving a report of harassment, you must then investigate according to the following steps.
What should you do upon receiving a report of harassment?
How should you proceed with the investigation?
Personal threats and sexual harassment, if established beyond reasonable doubt, are cause for dismissing the offending employee, however high-ranking or high-performing. Likewise, they are also cause for ending a relationship with a client or service provider, however important that relationship may be.
Given the gravity of these accusations, staff must be all the more diligent in following the above procedure. 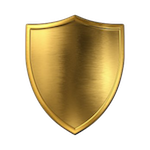 Booking Synaps for meetings and events